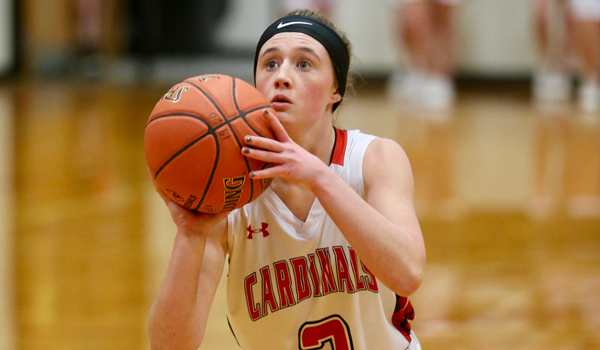 Halfway girls basketball will be young coming off a 16-10 season with one senior, two juniors and five sophomores on the roster.

While young, the Lady Cardinals will not be short on talent led by junior Elavia Sharp. Sharp is already a two-time all-conference selection. She was the only player to average double figures in scoring at 11.1 points per game.

“She has led our team in scoring the past two seasons and does a lot of her leading with actions and not so much with words,” Halfway coach Eric Ingram said. “We know every day that she will come to the gym and work hard and lead by example.”

Fellow junior Bailey Black returns after earning all-conference honors last season. Black was second on the team in scoring at 9.9 points per game while leading the team in rebounding at 4.5 rebounds per game. She has started since her freshman year.

“She started out primarily as a post player, but has transitioned her game into being someone that can also be a threat on the perimeter,” Ingram said. “She had over 100 deflections last year on the defensive end it has a knack for getting her hand on the ball.”

Kendall Morris is the lone senior who averaged 5.4 points per game last year. She has a knack for getting to the rim and the free throw line.

Jaka Sharp will be Halfway’s other post player after scoring 5.5 points per game last year.

“She (Sharp) really elevated her game this summer and is very strong physically and her presence will be felt in the paint on both ends of the floor,” Ingram said.

Annabelle Ingram will be one of the team’s main ball handlers.

“She (Ingram) has a good understanding for what we’re wanting to do and where we want the ball to go,” Coach Ingram said. “She has been working on her skillset on the offensive end to be better able to get to the rim. She is also a good defender.”

“Hallie Rovenstine saw some playing action last year at the varsity level and is a quick guard that will also help on both ends of the floor,” Ingram said. “She has an ability to shoot the ball and help stretch the other team’s defense.”

Sammi Gallivan will see an expanded role on varsity.

“Sammi Gallivan is getting better with each day we spend in the gym and will help provide minutes this year at the varsity level,” Ingram said. “Sammi has to continue to work on her ability to score and will give us another option on offense.”

Jaylyn Terrell returns to the team after sitting out last year.

“This group of young ladies absolutely loves to compete,” Ingram said. “We are small but have some quickness and a little bit of depth and are better adapt to play more of style like we want to.”