May Madness: Rick Pitino calls on NCAA to delay… 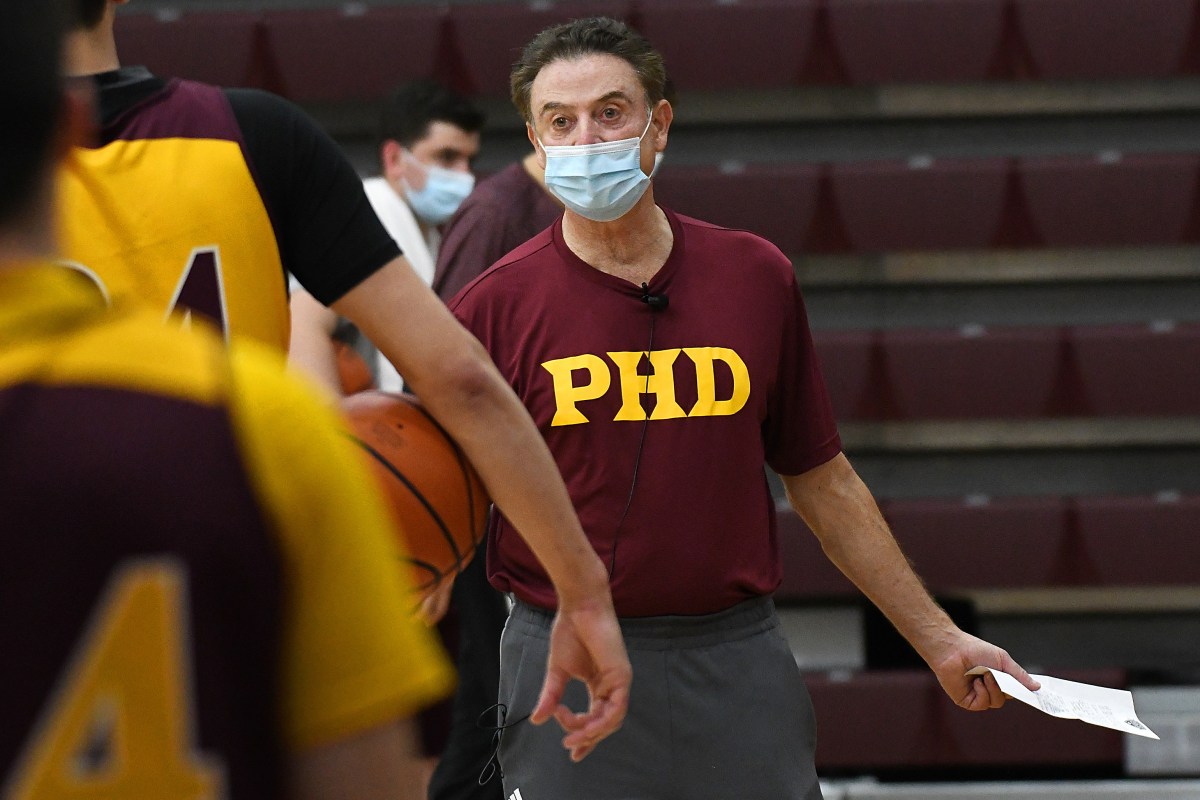 The NCAA has to be proactive instead of reactive, and that means making an unpopular decision about the upcoming college basketball season, Rick Pitino believes.

With winter coming and COVID-19 numbers rising at an alarming rate, the Iona College coach thinks there are two directions college sports’ governing body should go in — invite every Division I program into the NCAA Tournament, as the ACC previously suggested and was resoundingly turned down, since the regular season is going to be a minefield of cancellations and postponements, or push the season back into late March, eliminate non-conference play and hold the tournament in May.

“In my estimation, that’s the only two options you have,” Pitino told The Post in a phone interview. “The option [of starting the season on Nov. 25] right now is destined for failure.”

“If you’re not proactive right now, you’re going to have another dead season.”

By moving the season back, the virus’ numbers may have a chance to dissipate in warmer weather and the vaccine created by Pfizer that is more than 90 percent effective could be administered and distributed.

On Thursday, the Ivy League canceled the winter sports season, which includes men’s and women’s college basketball. Pitino’s program is one of many — along with UConn, Seton Hall, Minnesota, Siena and Bradley — that is currently in a pause after a positive COVID-19 test. NCAA guidelines, created through the Sport Science Institute and its COVID-19 Medical Advisory Group, suggest a 14-day quarantine for any program with a positive test of a player, coach or staff member. But it is really 21 days, since practice is not allowed during the 14 days and teams will need time to get back into shape.

“Right now I think [the NCAA] just wants to get started, see what happens, but you can see what’s happening right now with all the lockdowns. If you have to lock down for almost 21 days, how can you have a season?”

Despite the virus’ outbreak, NCAA vice president of basketball Dan Gavitt told The Sporting News on Friday that the plan remained to start the season on Nov. 25 as scheduled. Pitino thinks that will be a mistake. Just look at college football, which doesn’t have the 14-day pause for a positive test like college basketball, and still had to cancel or postpone 15 games this weekend.

“The NCAA has always been an organization that tries to do the best for the student-athlete, but they are very reactive, they’re not proactive, and this calls for measures right now that are very proactive,” Pitino said. “The writing is on the wall that this virus is spiking and out of control, and with the protocol and the rules set forth, it’s impossible to have a season.”