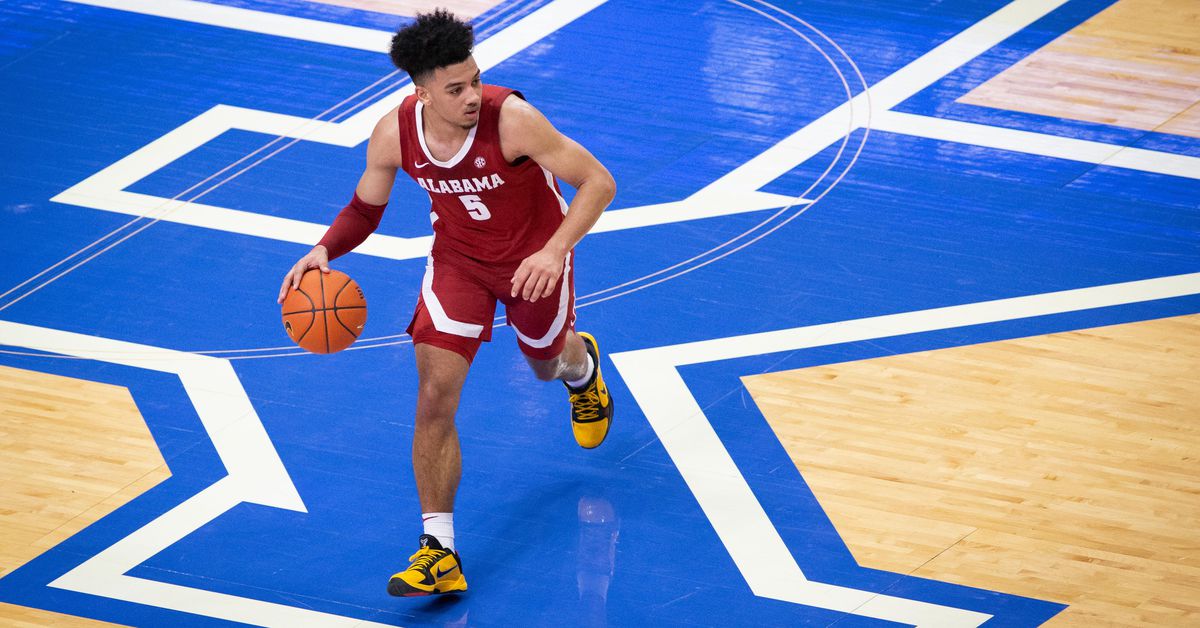 With the SEC-Big12 Challenge fast approaching this upcoming weekend, it marks the midway point of the 2021 conference schedule. It also acts as a foreboding signal that time is running out on the season, and that there isn’t many games left to turn things around and add to what has become a bleak NCAA Tournament resume. With just over a month left until March, there is a lot of work to be done if you are on the outside looking in, so it is time to put-up or shut-up.

Of course, I’m talking about the Kentucky Wildcats (5-9, 4-3 SEC, NET: 80 Kenpom: 52). You thought I was talking about the Crimson Tide (13-3, 8-0 SEC, NET: 9, Kenpom: 10), didn’t you? No, Alabama has much bigger fish to fry than worrying about whether or not it is going to make the NCAA Tournament this season. February Curse be damned, Tide Hoops will be dancing in March.

The questions for Alabama are much more fun to discuss:

Those are the questions that Tide Hoops fans can ponder in 2021 – the Year of the Tide. Kentucky, on the other hand, is trying to figure out what has happened to the team this year. They did play their best game of the season this past Saturday in an 82-69 home victory over the LSU Tigers, but that kind of momentum didn’t seem to help them last time out against the Tide. And if they can’t find a way to start winning games soon, the NIT selection committee may not even give them a look.

Still, this is a talented group full of former McDonald’s All-Americans and coached by one of the best in the country in John Calipari, so Alabama certainly can’t take them lightly. If the Tide wants to remain undefeated in conference play, the team will need to maintain its laser focus.

Defensive Rebounding. This key will remain until the morale improves. In all seriousness, this is the one area Alabama continues to struggle in, even against Auburn this past Saturday. I just mentioned Isaiah Jackson’s rebounding prowess, but this whole team can rebound the ball well, as they are 48th in the country in offensive rebounding at 12.1 per game. Kentucky is the one team Alabama consistently gets dominated on the glass by, what with the whole elite talent and size combo they’ve got going on in Lexington. That’s usually heavily correlated to the Tide losing its match-ups with the Wildcats.

Control the Pace. Alabama will obviously want to get out in transition and run the court against the ‘Cats, especially since they are 17th in the country in Defensive Efficiency. But, the Tide will also want to slow Kentucky’s up-tempo looks as well. With the Wildcats struggling as much as they have to run half-court offense and knock down shots, the Tide doesn’t want to do what Florida did and let the ‘Cats get up-and-down the court for easy looks at the basket.

Go Up Strong. I lied a minute ago when I said the Tide has one area it continues to struggle in; the other area of weakness for Alabama is one of the simplest things in the sport: finishing at the rim. With a team as big and physical as Kentucky is, and with Jahvon Quinerly sitting out another game for his undisclosed medical condition, Alabama really needs everyone to make their lay-ups tonight. Don’t let Jackson and company swat everything off of the backboard so that they can get out and running in the open court. Alabama has too many talented, long players to keep missing this many easy finishes at the rim. Go up strong and dunk the ball. Make them foul you.

Despite the lopsided score, Kentucky did still manage to win the rebounding battle last game pretty decisively, 44-36, including 18 offensive rebounds. Imagine if they hadn’t. The Tide absolutely controlled all aspects of the game outside of rebounding. Alabama’s smothering defense forced the ‘Cats into 19 turnovers, which turned into quick and easy baskets the other way for the Tide. Kentucky only ended up with seven total assists, which just shows how disruptive Alabama’s defense was in the passing lanes. This was also the start of Alabama’s ‘en fuego’ shooting run, as the Tide shot 14/30 from downtown, led, of course, by John Petty (4/7).

Rebounding remains a big key to preventing tonight’s match-up from becoming a stunning home loss for the Tide, especially with Jordan Bruner out and James Rojas questionable. Interior play, in general, will be incredibly important in this one, just as it was with a similar-sized Mississippi State team this past Saturday, so Alabama will need some big minutes from Alex Reese, Juwan Gary, and Keon Ambrose. Herbert Jones will likely stay home closer to the basket on the defensive end as well. Alabama really dodged a bullet with his finger injury that he sustained in the previous meeting with the Wildcats.

Speaking of injuries (or, “medical conditions”), having Jahvon Quinerly this time is going to give Alabama a huge advantage at the point guard position, where Davion Mintz and Devin Askew have really struggled for Kentucky. Not many defenders have been able to stay in front of Quinerly all year, which has been key to Alabama getting so many open looks. Not having to commit to the pick-and-roll really opens up the extra pass to the wing or corner when the Tide is running its 4-out and 5-out sets.

Other than that, continued work and focus on the defensive end is really the key for Alabama. Nate Oats has said it, and I’ve echoed it in this space before: the Tide isn’t always going to shoot 50% from the perimeter, but if the team can continue to work as hard as they have been on the defensive end, everything will take care of itself. The pace that Alabama plays at really presses opposing teams and results in made baskets for the Tide regardless of whether or not the shots are falling from downtown, but the effort and intensity on the defensive end has to be there.

A win tonight would have Alabama sitting in the clubhouse at an undefeated 9-0 in SEC play at the halfway mark of the season, at least two games up on second place. At that point, 4-2 Missouri (if they can survive the Barn tonight) would be the only team that has a realistic chance of catching the Tide, barring another February Meltdown. Can the Tide take care of business tonight and pull off the rare sweep of the Kentucky Wildcats?

The game tips-off at 6:00 PM CST and will be televised on ESPN.