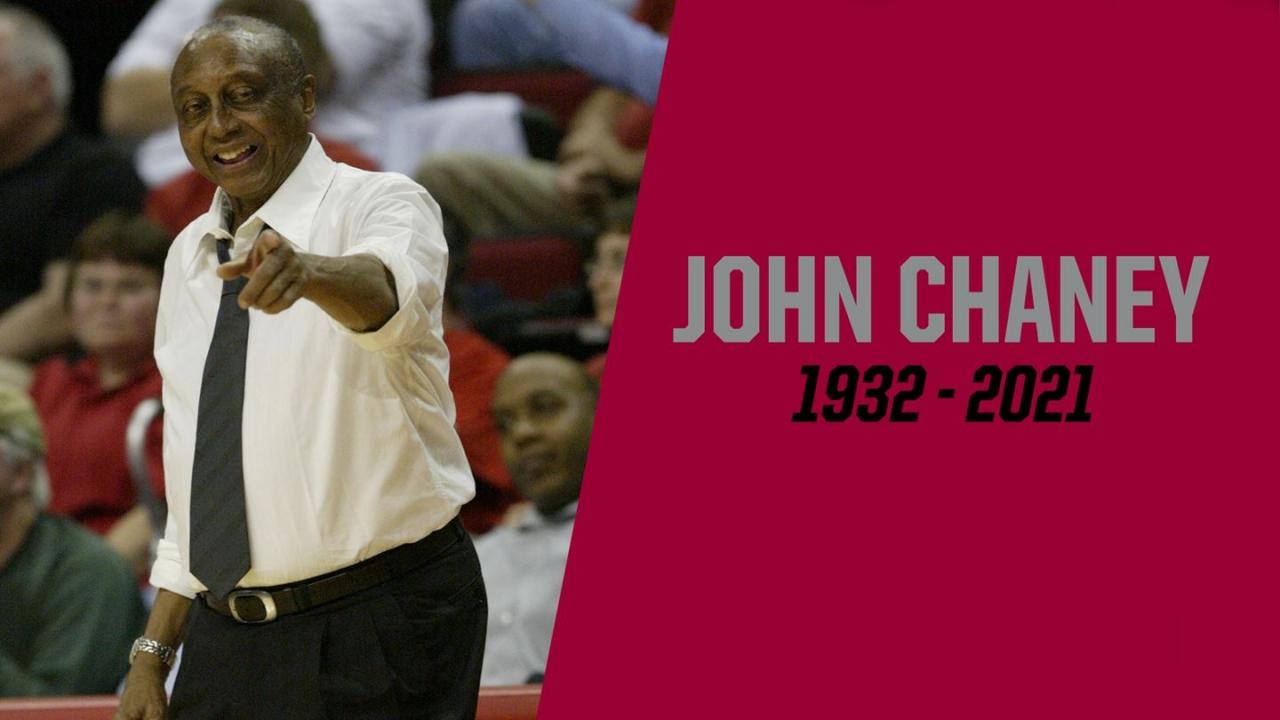 PHILADELPHIA — John Chaney, the Hall of Fame men’s basketball coach who drove his student-athletes to excellence on the court while teaching them to succeed off it, died late Friday morning after a short illness. He celebrated his 89th birthday last week.

One of the most respected coaches in college sports, Coach Chaney led Temple’s men’s basketball program for 24 years. He was twice named the national Division I coach of the year, and his 1987–88 team ended the season ranked No. 1 in the country.

“John Chaney was a great coach, but he was so much more. For generations of Temple University students, he was a wise counselor, a dedicated teacher,  an icon of success, and a passionate leader who always led by example and with conviction,” said Temple President Richard M. Englert, who has known Chaney since he came to Temple in 1982. “I am also honored to say he was a dear friend.

“For generations of his players, there is only one man whom they all lovingly called Coach even to this day. That was John Chaney.  Our most sincere condolences go out to his wonderful family members.  We will keep them all in our prayers.”

After retiring in 2006, Coach Chaney remained a staunch supporter of the program, as well as a friend and advisor to interim athletic director and former men’s basketball coach Fran Dunphy.

“John Chaney was more than just a Hall of Fame basketball coach.  He was a Hall of Famer in life,” extolled Dunphy. “He touched countless lives, including my own.  I will miss him dearly and my thoughts and prayers go out to his family during this difficult time.”

Coach Chaney’s run at Temple was one of the most successful of any coach in the nation. Twenty-three of his 24 Temple teams played in postseason tournaments, including 17 NCAA Tournament appearances.

Before Coach Chaney’s arrival in 1982, the men’s basketball program had never participated in back-to-back NCAA Tournaments. Under his leadership, the Owls earned five consecutive berths between 1984 and 1988.

“Coach Chaney was like a father to me,” said current Temple men’s basketball coach Aaron McKie.  “He taught not just me, but all of his players more than just how to succeed in basketball.  He taught us life lessons to make us better individuals off the court.  I owe so much to him.  He made me the man I am today.”

More importantly, Coach Chaney taught his student-athletes to focus on their educations. Many of his players came from challenging backgrounds or were the first in their families to graduate from college. Coach Chaney mentored them while they were students and stayed involved in their lives long after they graduated.

Coach Chaney also had the respect of his colleagues. When he retired, Duke Coach Mike Krzyzewski said, “I love John … His story is one of the great stories of anyone in our sport. I totally respect him.”

Prior to arriving at Temple, Coach Chaney was coach for 10 years at Cheyney University, where he turned the program into a national Division II power. His teams compiled a 225-59 record, appeared in eight national championship tournaments and won the NCAA Division II title in 1978.

Coach Chaney began his coaching career at Philadelphia’s Sayre Junior High, where his teams won 59 of 68 games. He then moved up to Simon Gratz High and quickly turned a struggling 1-17 club into a perennial winner.

As a professional player in the Eastern Basketball League, Coach Chaney was named all-pro six times and earned the league’s MVP award in 1959 and 1960. He even doubled as a coach for two seasons.

Coach Chaney graduated in 1955 from Bethune-Cookman College. He also received a master’s degree from Antioch College.

Coach Chaney’s Hall of Fame banner hangs from the Liacouras Center rafters. His name is on the basketball floor’s tip-off circle.

When he announced his retirement, Coach Chaney said, “It has never been a job for me, but a passion.

“When I look back, it will not be the wins and losses — but the people who influenced me and touched me greatly, and especially the men’s and women’s coaches and players who have made this university and my time here so special.”