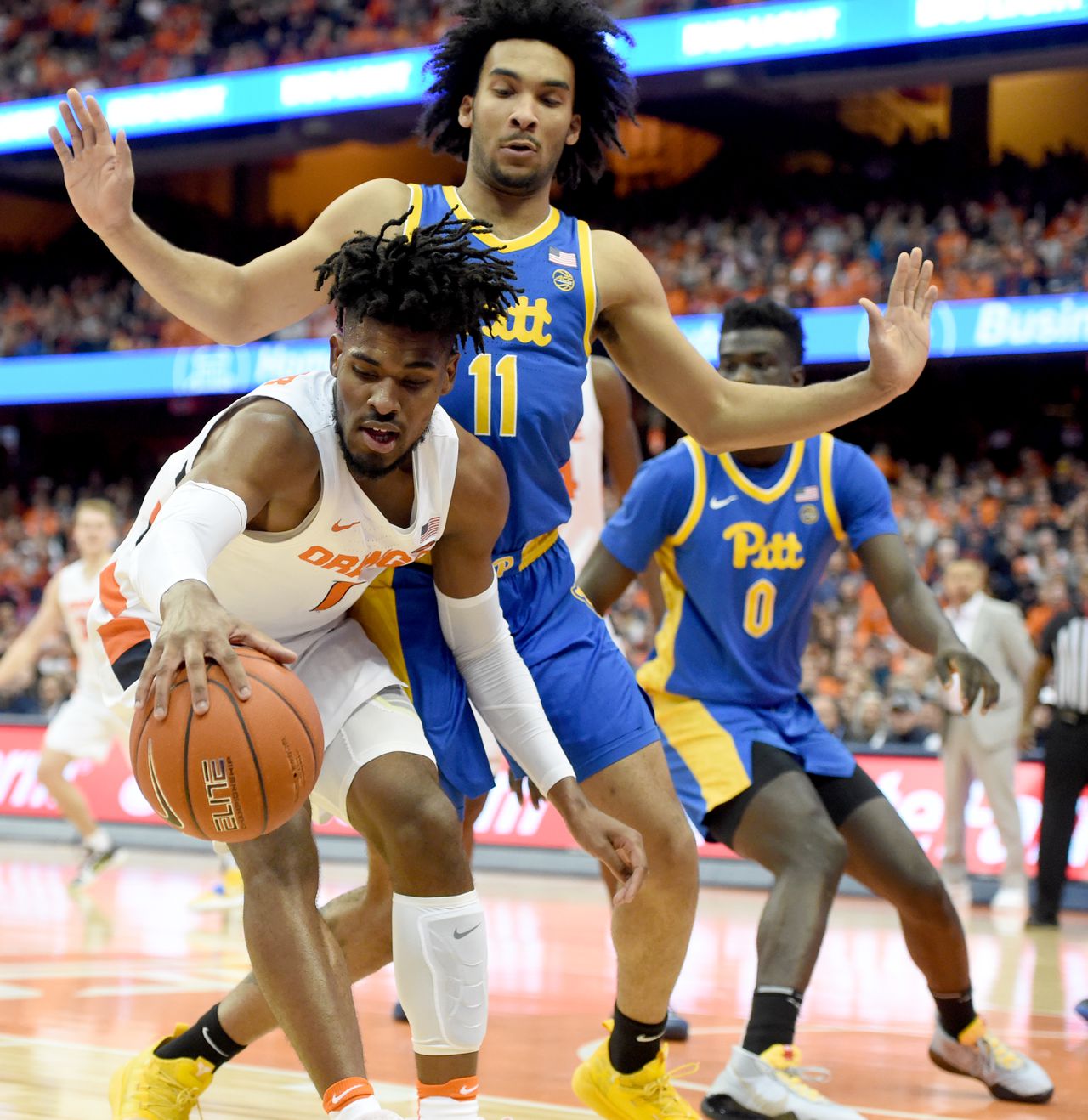 The Orange instead will play a home game against Pittsburgh in that same time slot. The game is scheduled for 4:30 p.m. inside the Carrier Dome. It will be broadcast on the ACC Network.

Moving the home Pittsburgh game, originally scheduled for Feb. 13 (a Saturday), means the Orange now has an open date on Feb. 13. ACC spokesman Andy Fledderjohann said in an email that SU’s opponent for that day will be determined at a later date.

Syracuse and Pittsburgh are both coming off Covid-19 pauses and had open dates on Wednesday. The Panthers lost games against Duke and Notre Dame because of a positive result in their own program. Pittsburgh has not played since Dec. 22, when it lost to Louisville.

SU announced Sunday evening that it had returned to full practice following a pause for contact tracing and testing after Covid positive result(s) surfaced in the Buffalo program. The Orange has not played a game since it faced the Bulls on Dec. 19.

Donna Ditota is a reporter for the Syracuse Post-Standard and Syracuse.com. Got a comment or idea for a story? Reach her at dditota@syracuse.com.