Uefa proposes 36-team Champions League with qualification based on… 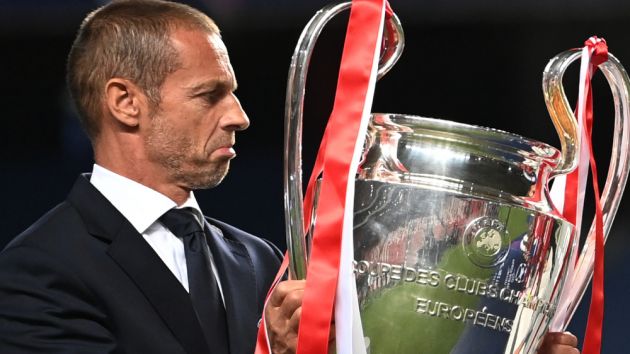 Stakeholders across European soccer will discuss proposals for a new-look Uefa Champions League on 5th February which could see the competition expanding from 125 to 225 games, the PA news agency understands.

An extraordinary general meeting of all leagues affiliated to the European Leagues umbrella group will be convened to discuss the Uefa proposal outlining the format of the Champions League, Uefa Europa League and Uefa Conference League from 2024.

Uefa, European soccer’s governing body, is understood to have proposed to expand the Champions League group stage to 36 clubs from 2024, as part of an effort to head off the threat of a breakaway European super league.

It is understood France will be afforded an extra qualifier, going from three qualifiers to four, one place will be awarded to the team who performed best in the previous season’s competition but have not qualified via their domestic competition while the final two places would be awarded via a co-efficient ranking based on past European performance.

It would mean the Premier League could have a maximum of six places in Europe’s top competition. England’s top-flight clubs are understood to have discussed the new format at a shareholders’ meeting on 4th February but did not take a vote.

The 32-team group stage featuring eight groups of four would be replaced by a 36-team league where each team plays ten matches under the so-called ‘Swiss system’, PA understands.

The top eight teams in the league would qualify automatically for the last 16, while the next 16 teams in the table would playoff for the final eight places.

That increase from six matches to ten in the autumn would have calendar implications for Europe’s domestic leagues, and from an English perspective would most obviously have an impact on the future of the Carabao Cup.

Uefa president Aleksander Ceferin has previously said it would be “better for everyone” if that competition was ditched.

It is not yet clear if the leagues will give their approval to Uefa’s proposal or ask for further time for consideration, and are likely to receive advice from the European Leagues hierarchy on aspects of the proposal they intend to push back on.

The body’s president Lars-Christer Olsson, a former Uefa president who now sits on its executive committee, said in December: “I think it could be possible to squeeze another four dates into the calendar if we can see what kind of effect it is having on national team matches and other things, but it’s too early to say now, it needs to be part of our negotiations.”

Real Madrid are understood to be leading the breakaway project that looms in the background to these negotiations, which Fifa, the game’s global governing body, and the six continental confederations – including Uefa – have said they will not recognise.

Fifa has also warned any players involved in a super league would be barred from international competitions such as the World Cup.

European soccer’s governing body has been consulting with various stakeholders on its proposals to revamp its competitions from the 2024/25 season onwards, including European Leagues and the European Club Association (ECA).

3 thoughts: Colorado State basketball escapes Wyoming with last-second win – Coloradoan
The Champions League changes which could have a major effect on Arsenal, Chelsea and Tottenham – Football.London