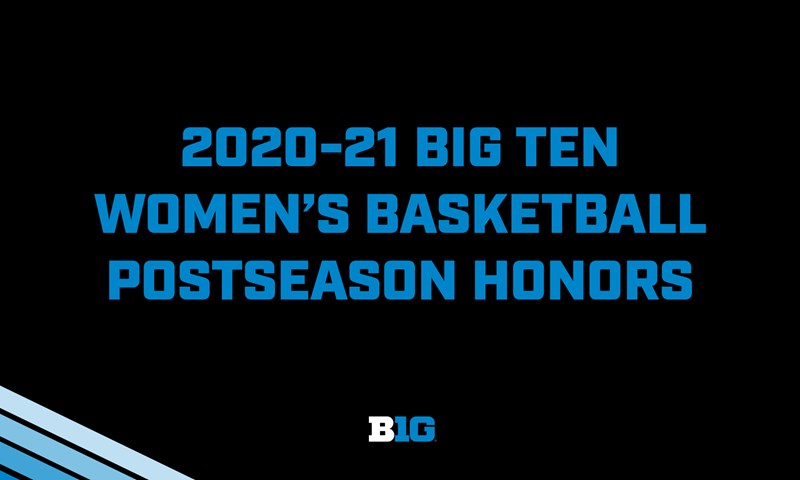 Clark is the sixth Hawkeye chosen as Big Ten Freshman of the Year, and the first since Jamie Printy in 2010. Clark, who set conference records as a 13-time Big Ten Freshman of the Week, a five-time Big Ten Player of the Week (as a freshman) and an 18-time individual weekly award recipient, leads the nation in scoring (27.4 ppg.) and three-pointers per game (4.00), while ranking fourth in assists (6.9 apg.).

Frese earns her fourth Big Ten Coach of the Year award and second in three seasons, having previously been recognized in 2002 (while at Minnesota), 2015 and 2019. Under her leadership, Maryland won its sixth Big Ten title (fourth outright) in seven seasons as a conference member and currently leads the nation in scoring (91.3 ppg.), poised to become the first Big Ten program to finish as the country’s top scoring team since the NCAA been sanctioning the sport in 1981-82.

Burton is the third consecutive two-time Big Ten Defensive Player of the Year, following another former Wildcat, Ashley Deary (2016 and 2017) and Purdue’s Ae’Rianna Harris (2018 and 2019). Burton leads the nation in steals this season (4.15 spg.).

The Big Ten also recognized 14 Sportsmanship Award recipients in the sport of women’s basketball on Monday, one from each conference school. The students chosen are individuals who have distinguished themselves through sportsmanship and ethical behavior. These students must also be in good academic standing and have demonstrated good citizenship outside of the sports-competition setting.

The complete All-Big Ten teams, as well as a list of other honorees, can be found here.

All 12 games of this year’s Big Ten Tournament will be televised live to a national audience, with the BTN carrying Tuesday’s first-round game and the opening two second-round games on Wednesday. FS2 then takes over as the presenting broadcast outlet, televising the remaining two second-round games, as well as the quarterfinal and semifinal rounds. All BTN and FS2 games can also be seen live on the FOX Sports app.

The Big Ten Tournament championship game on March 13 will be televised live on ESPNU and the ESPN app.

This year’s Big Ten Tournament champion will earn the conference’s automatic berth to the NCAA Tournament. Follow all the Big Ten Tournament action on the official Tournament Central web site at bigten.org/wbbt and on Twitter @B1GWBBall (use the hashtags #B1GTourney and #B1GWBBall).