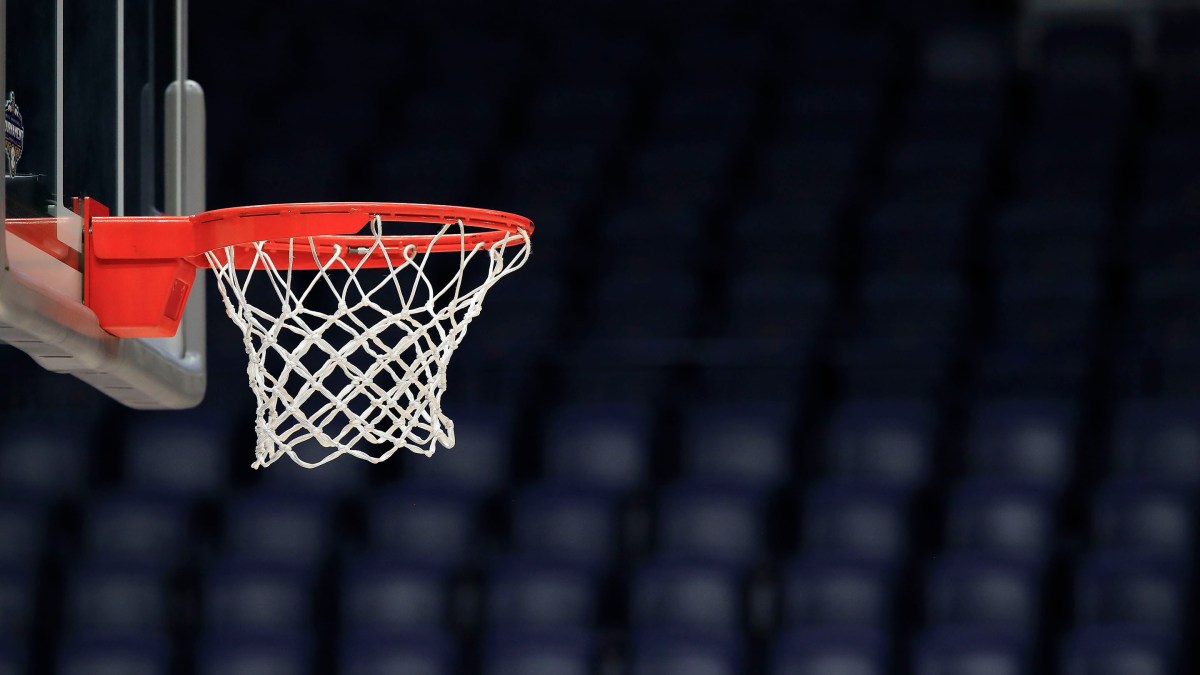 This interview is from our series Econ Extra Credit with David Brancaccio: Documentary Studies, a conversation about the economics lessons we can learn from documentary films. We’re watching and discussing a new documentary each month. To watch along with us, sign up for our newsletter.

“Hoop Dreams,” the transformative film from 1994, documents over five years the lives of two high school basketball players from economically struggling families in Chicago as they work toward pro careers. The film is a heartbreaking, inspirational and instructive look at wealth, poverty and basketball.

One of the stars, William Gates, is no longer a teenager at 49, but he’s still involved in the game — even though two high school knee injuries got in the way of his goal of playing in the NBA.

“Marketplace Morning Report” host David Brancaccio spoke to Gates about the economic challenges college athletes still face. The following is an edited transcript of their conversation.

David Brancaccio: As I watched the documentary and saw everything you had to go through — balancing your family, school, life, the surgeries, the time put into practicing and playing — here’s the question that kept nagging at me: Is it ethical to encourage young people to focus so much on something where there’s only a slim chance of going pro? What do you think?

William Gates: I would never stop a person from receiving the best side of sports, the impact that it can have on your life, the discipline, the family, the unity. Now, the other side of it is, there needs to be a support structure in place that’s keeping the athlete, keeping them grounded. I think, on some level, we do need to have some type of boundaries with sports and athletics because you’re right, we do press more than what needs to be pressed.

Brancaccio: It’s something a lot of people have to resolve for themselves, even if it’s not athletics. I know some people who really feel they want to be professional jazz musicians and are paying good money to study that, for I don’t know how many jobs in the end. The odds are not all that high. Do you connect the work you did with basketball with the fact that you got your college degree?

Gates: Yes and no. It’s such a crazy dynamic — and let’s just be frank, when you talk about the kids that need scholarships, oftentimes it’s the kids that are in the African American, lower-income communities. And to get in some of these top-quality universities, the money is exceptional. So yes, sports has propelled me to the place I’m at now in life. But I will also say the education that I received allowed me to walk through many, many doors that I can honestly say, if it had not been for sports, and had not been for the schools that I’ve gone to, things could possibly be different in my life.

Brancaccio: I mean, you wrestle with this with the people you coach now, but also you have your own children who also had to wrestle with, for instance, the time you have to devote to sports in their lives versus academic achievement.

Gates: Absolutely. One of the things I think that I was so grateful for is that my wife is an educator. She really, for my daughter through my boys — “Hey, these things are important. These things need to be in place.” So it actually made it a lot easier for me to really kind of just do basketball with them. But at the same time, being their father, I needed to let them know that one day you won’t be able to bounce this ball. Or, at some point, this game is going to come to the end. Even if you take it to the highest level, it’s gonna come to an end. What are you going to do with the next 90% of your life? Because if you really think about it, I think I saw a study that said if you’re in athletics, depending on how high you go, it’s somewhere between 7 and 10% of your life. And it seems like it’s more because we put so much into it. But we put a lot of that into it early on in our life, so that impact hits us first. But that second half of your life is waiting on you.

Brancaccio: You mentioned your wife. Is that Catherine from the movie?

Brancaccio: That’s an achievement in itself. That’s wonderful. Now, we’re talking about support systems. You raise this issue for athletes. I saw that you advocated an interesting idea of colleges maybe giving a lump sum payment, maybe $100,000 or something, at graduation for college basketball players who play and get their degree. How do you see that? How might that work?

Gates: The premise was always built around that, as a student athlete, we don’t get an opportunity to be “regular students.” So there is no internships and working these kinds of jobs. Even our summers, it’s still centered around basketball. But everybody’s not going to make it to the NBA, or whatever it may be. But if you got athletes who, every year — and this is just to ensure that they get their degree as well — you put $25,000 every year into an interest-earning account. So by the time they graduate, they have some resources.

Brancaccio: I mean, obviously, you’ve now stated where you stand on this issue of should we pay college athletes? Because it would be a way of paying people, but it will be connected to that achievement of getting the degree.

Gates: Absolutely. And even just speaking on paying these athletes, sure we should pay them. We have to get past thinking that these kids don’t deserve it. They do deserve it. There’s too much money. You’re trying to tell me, out of the 300-plus Division I schools, there’s not enough money to pay college athletes? Even a bigger stipend to buy socks and underwear and deodorant. There are a lot of athletes still out there trying to figure out the day-to-day necessities. So it seems like it has a long way to go, but the reality is the powers that can make change just need to say yes.