N.C.A.A. Women’s Basketball: What You Need to Know – The New York Times 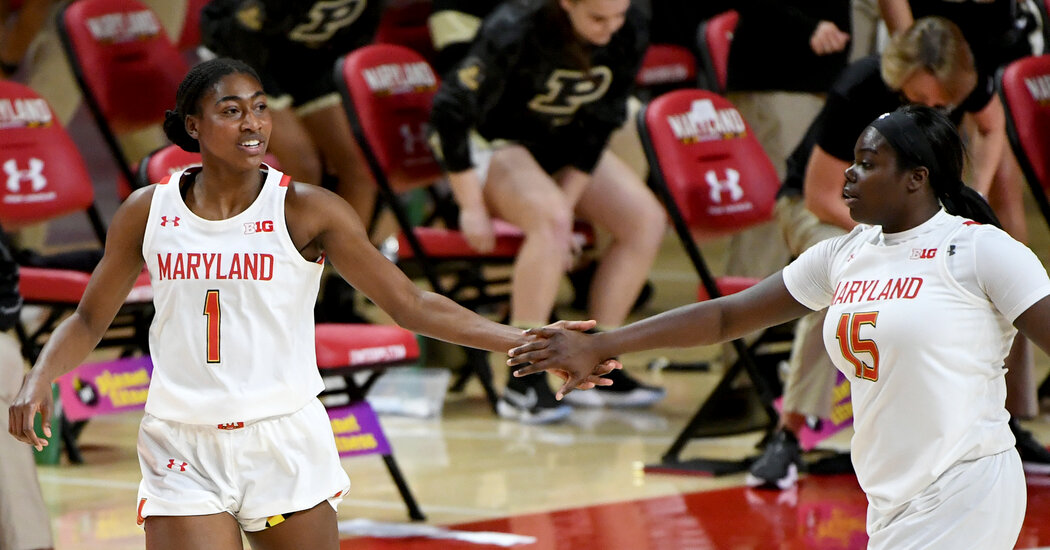 In a normal year, bracket selection for the N.C.A.A. women’s basketball tournament is relatively uneventful. A few top contenders wind up poised to dominate the regionals they’re nearest to geographically, leading to some familiar faces at familiar sites. Albany, for example, has long served as essentially another home court for UConn, a perennial contender.

This, as we all know, is not a normal year. That extends to women’s college basketball, where the field is more competitive and chaotic than ever. Expanding parity is one reason, and it is especially clear among the teams projected to be the Nos. 1 and 2 seeds — any of which has a legitimate shot at winning the championship. Another reason, grimly, is the coronavirus pandemic, which has shaped the season of each team in ways that will make it challenging for the selection committee to compare and rank the teams in the field. Just among the top 25 teams in the Associated Press poll, résumés range from 18 games (Rutgers) to 27 games (Stanford and Baylor) long.

The logistics of the tournament make the bracket even more difficult to predict. For the first time, the tournament will be held in a single region, the San Antonio area, rendering irrelevant the geographic considerations that typically play a significant part in bracket construction. Instead, the resulting bracket will be a true S-curve, setting the stage for matchups based only on the relative strength of each team. If the selection committee gets its rankings right, fans could see some of the best competition in tournament history.

Who will be the top seeds?

The top two seeds across regions will likely include Stanford, UConn, South Carolina, Texas A&M, North Carolina State, Baylor, Maryland and either Louisville or Georgia. Stanford, UConn and South Carolina are near-locks as No. 1 seeds after coasting to conference tournament titles. Texas A&M will also probably be on the No. 1 line after clinching the tough Southeastern Conference regular-season title with a win over South Carolina.

Beyond that, the top rankings are harder to predict. North Carolina State has played far fewer games than most of its peers in the top 10, but won the Atlantic Coast Conference tournament for a second consecutive time. The 2019 N.C.A.A. champion, Baylor, has many of the same players from its 2019 title team, now with nearly two more seasons’ experience. Maryland has the best offense in the country, averaging more than 91 points per game, thanks to the sophomores Ashley Owusu and Diamond Miller, who combined to average more than 35 points per game. Louisville and Georgia both lost tight conference championship games and feature veteran talent.

Who else should get in?

Beyond the 31 automatic qualifiers, there are two extra spots for at-large bids after the Ivy League canceled its basketball season because of the pandemic and Ohio State — which likely would otherwise be a tournament team — is completing a self-imposed postseason ban. That means programs with losing conference records in tough leagues, like Mississippi State and Wake Forest, as well as some stronger programs in weak conferences, like the University of Central Florida and DePaul, are projected to sneak into the bracket as No. 11 seeds.

The teams on the bubble are there by a hair, though. Notre Dame, a powerhouse reinventing itself after Muffet McGraw, its longtime head coach, retired at the end of the 2019-20 season, had no ranked wins and was upset by Clemson in the second round of the A.C.C. tournament. If Notre Dame does not make the bracket, it will be its first time out of the competition since 1995.

Ole Miss, which upset Arkansas in the SEC tournament, has a real chance for a spot in the bracket for the first time since 2007, thanks in large part to the dominance of the Maryland transfer Shakira Austin — but might wind up 5 points away, the margin of its tournament loss to Tennessee.

In the middle of the pack, the seedings of the analytics darlings Stephen F. Austin (the third-best effective field-goal percentage) and Florida Gulf Coast (seventh, according to Her Hoop Stats) will offer insight into how much the selection committee has bought into their numbers-driven strategies. Similarly, Jackson State’s talented defense should take it not only to the tournament for the first time since 2008, but to a No. 15 or even No. 14 seed and an outside chance at its first N.C.A.A. tournament win.

When will we need popcorn?

Regardless of the rankings, there won’t be an easy matchup in the round of 8. If there is a Baylor-UConn face-off in this round, as projected, though, it might be the most heated. Baylor has won its last two games against UConn, most recently by 16 points on UConn’s home turf in January 2020. Their game during the 2021 regular season was canceled after Baylor Coach Kim Mulkey tested positive for the coronavirus. Now, if Baylor wants to extend its win streak, it might have to do so via an upset in the tournament.

Without geography as a seeding factor, though, the overall order is harder than ever to guess. When the selection committee released its preliminary top 16 teams on Feb. 28, four of the teams on the list lost that same day. It wasn’t because the committee members are not good at what they do — it was because the field is as competitive as it has ever been. With any luck, the surprises on Monday will leave just as much room for a few bracket busters as they do for the dynasties on a collision course.