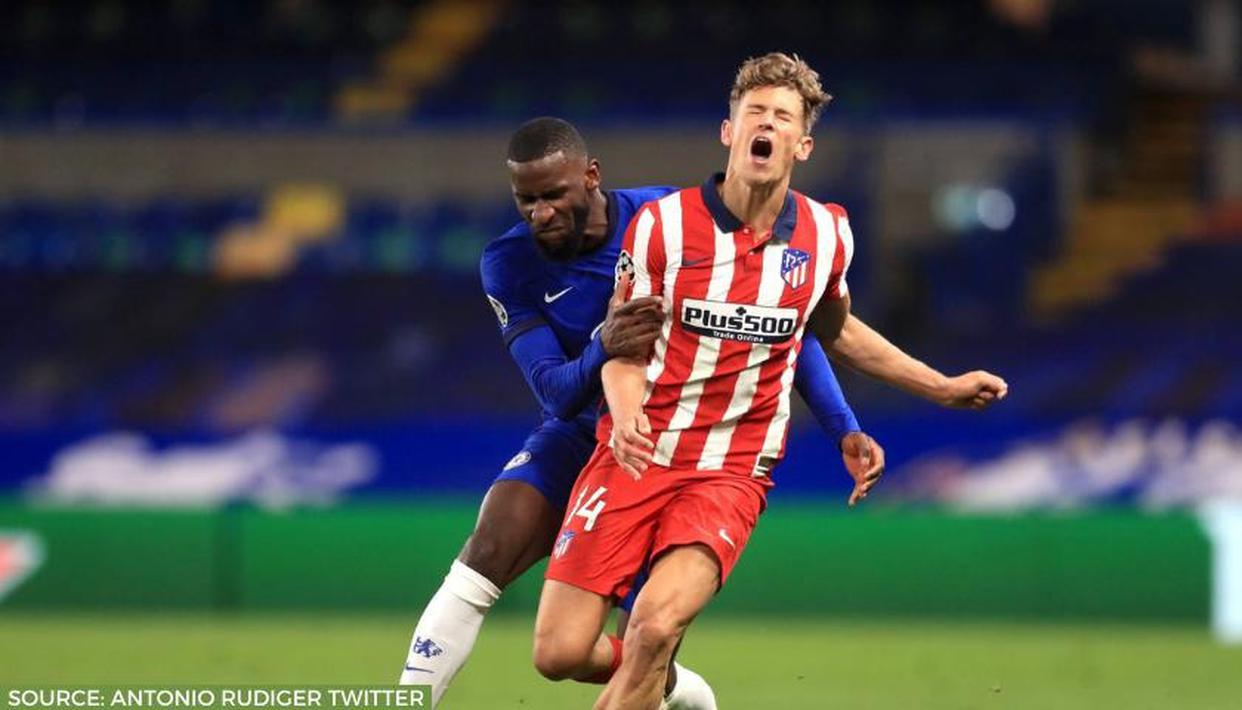 Following their humiliating defeat against Chelsea in both legs, Spanish giants Atletico Madrid were knocked out of the Champions League. Thus, Real Madrid remain the only Spanish team alive in the top European club competition, with Barcelona already shown the exit door by Paris Saint-Germain (PSG). A startling stat now sheds light on Spanish teams’ struggle in playing against Premier League outfits this season.

Chelsea hammered Atletico Madrid in the second leg at Stamford Bridge to edge past them into the quarter-final with a 3-0 aggregate scoreline. The Rojiblancos’ struggle against Chelsea could be comprehended from the fact that they could not score a single goal over two legs. Notably, French striker Olivier Giroud scored from an acrobatic finish, the only goal of the first leg. In the second leg, Hakim Ziyech and Emerson Palmieri scored a goal each to win the tie at Stamford Bridge with Atletico Madrid going down by a man following the red card to Stefan Savic.

Similarly, Julen Lopetegui’s Sevilla played Chelsea in the group stage on two occasions. The first clash between the two sides, played in October last year, ended in a draw with the two sides failing to break the deadlock throughout the duration of the game. But the Blues went on to hammer Sevilla 4-0 in the return fixture with Olivier Giroud scoring all the four goals of the match.

In the Europa League, Manchester United took on Real Sociedad in the round of 32. The first leg saw the Red Devils score four goals past the LaLiga outfit while conceding none. A brace from Bruno Fernandes, apart from a goal each from Marcus Rashford and Daniel James proved sufficient for Man United to edge to the next round, with the return leg ending goalless.

Thus, the teams from LaLiga and the Premier League have played six games on the European stage this season. These games include the Champions League and the Europa League fixtures. In all, the Premier League teams have scored 11 goals past the Spanish sides, while conceding none, thus hinting at the Premier League’s superiority to a massive extent.

We all know that the Cristiano and Messi competition have that league life…asides Barcelona and real Madrid it’s a league comprising of average to below average teams..

This is a new decade bro. Accept the fact that la liga sooo done !ð All hail the farmers league ð

Then why do more people watch the pl?ð¤«

When will the Champions League draw take place?

Chelsea and Manchester City to…