Red All Over: The Utah basketball opening has seen smoke, but no fire just yet – Salt Lake Tribune

Red All Over: The Utah basketball opening has seen… 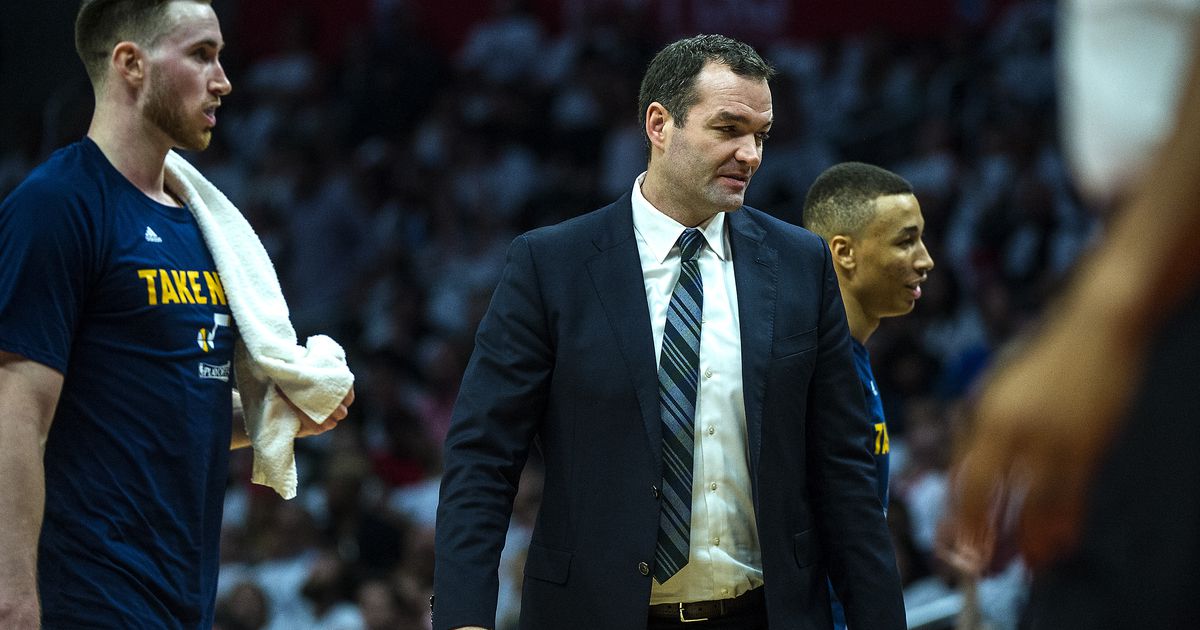 Beginning the night Larry Krystkowiak was fired on March 16, the University of Utah basketball coaching search appeared to zeroing in on former Utes star Alex Jensen.

As of Tuesday afternoon, the Utes are going to have zero in on someone else.

Jensen, a Jazz assistant coach since 2013, has removed his name from consideration for the Utah job, multiple sources confirmed to The Salt Lake Tribune. The Athletic was first to report Jensen’s removal from consideration.

One source with knowledge of the situation told The Tribune that Jensen called Utah athletic director Mark Harlan Thursday morning to decline the position.

The 44-year-old had been viewed as the perceived leader for the job, but that came as he remains viewed as a future NBA head coach. In 2019, Jensen interviewed for head coaching positions with the Cleveland Cavaliers and Memphis Grizzlies, respectively.

The allure of Jensen potentially taking the Utes job was obvious. A Centerville native who was named Utah’s Mr. Basketball as a senior at Viewmont in 1994, Jensen starred for Utah at the height of the Rick Majerus era in the late-1990s. He played in the 1998 national championship game vs. Kentucky, was named the WAC Tournament MVP in 1999, and earned Mountain West Player of the Year honors as a senior in 2000.

In addition to his tenure with the Jazz, Jensen also has served as a head coach at the G-League level, running the Canton Charge for two seasons.

In the wake of Krystkowiak’s firing and Jensen moving to the top of the wish list, multiple sources told The Tribune that he was genuinely torn on what to do — continue as Quin Snyder’s lead assistant or return to his alma mater. As recently as Tuesday, sources indicated that Jensen was at least gauging what his potential first Utah coaching staff would look like.

With Jensen out of the mix, the name with the most buzz as of Thursday evening is another former Ute currently on an NBA bench, Johnnie Bryant. ESPN’s Adrian Wojnarowski reported Thursday that Bryant “remains a significant candidate in the Utes’ search.”

A Utes standout over the final two seasons of Ray Giacoletti’s tenure, Bryant spent two seasons as a player development assistant with the Jazz, plus another six as an assistant coach under Snyder. Bryant, 35, is currently Tom Thibodeau’s associate head coach with the New York Knicks. He knows the landscape and understands the expectations in Salt Lake City, but his lack of head coaching experience of any kind is reason for pause.

Smith is 74-23 with three NCAA Tournament berths in as many seasons in Logan. White does not have any obvious ties to the state of Utah, but is 224-115 in 10 seasons as a head coach at Louisiana Tech and Florida. In six seasons in Gainesville, White is 123-75, with four NCAA Tournament bids, including advancing to the Elite Eight in 2017.