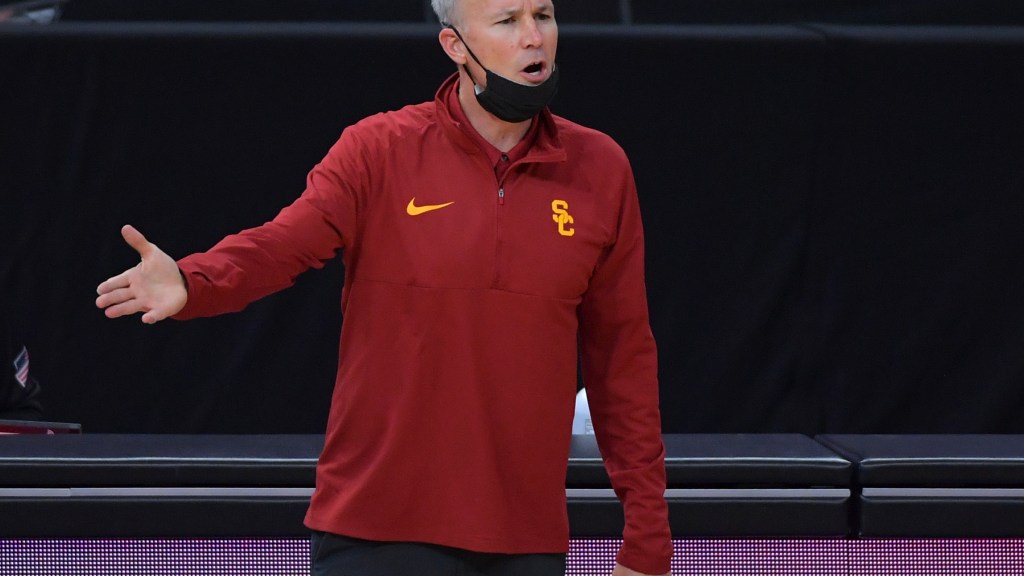 The USC Trojans’ season has officially come to an end following a 85-66 loss to the Gonzaga Bulldogs. Now let’s consider the future for USC hoops.

In a season filled with unknowns due to the COVID-19 pandemic, this Trojans basketball team exceeded expectations. USC was picked to finish sixth in the Pac-12 in a preseason media poll. While the Men of Troy had the No. 1 recruit in the nation, Evan Mobley, questions were raised about the roster surrounding him.

That’s why basketball is played on the court.

The Trojans went on to finish the regular season with a 21-6 record and finished second in the Pac-12. The got solid production from grad transfers Drew Peterson, Tahj Eaddy, Isaiah White, and Chevez Goodwin. They also received solid production from Evan Mobley, who showed why he is indeed a top-three NBA draft pick. While they fell short of winning the Pac-12 regular-season championship and the conference tournament, they were still in solid position to play in the NCAA Tournament. The Trojans were not a bubble team this time, unlike 2020 and 2017. They were easily in the field and got a decent seed.

From there the Trojans relied on their outstanding defense to carry them all the way to the Elite Eight. It’s safe to say the 2020-21 USC Trojans exceeded expectations, but with the season now over the questions arise. How will Andy Enfield and USC follow it up in 2022?

USC is expected to lose half of its firepower from this year’s team. It’s obvious that Evan Mobley will leave for the 2021 NBA draft. With his projection being in the top three, it’s a no brainer for him to be a one-and-done player. In addition to Evan Mobley, his older brother Isaiah could also opt to declare for the NBA draft following his performance in this year’s tournament. Isaiah was a key factor in USC’s run to the Elite Eight.

So where does USC go from here? The Trojans return nine players to their roster and welcome a 2021 recruiting class that ranked No. 1 in the Pac-12 in the 247 Sports recruiting rankings. Their recruiting class includes Reese Waters, who is already on the roster after enrolling to USC, four-star guard Malik Thomas, and JUCO transfer/Last Chance U star KJ Allen.

USC will also use the transfer portal once again to add veteran help to the roster as in previous seasons. Andy Enfield has been known to bring the most out of players entering the transfer portal. He already landed Long Beach State transfer Joshua Morgan, but the Trojans will try to make another splash in the portal after striking gold this season.

The offseason is going to be an important one if the Trojans want to reload and make another deep tournament run.

Euro 2020 venue latest: How likely each city is to host this summer’s football matches – The Athletic
How Man City and Pep Guardiola are battling history to land an unprecedented quadruple – BBC Sport