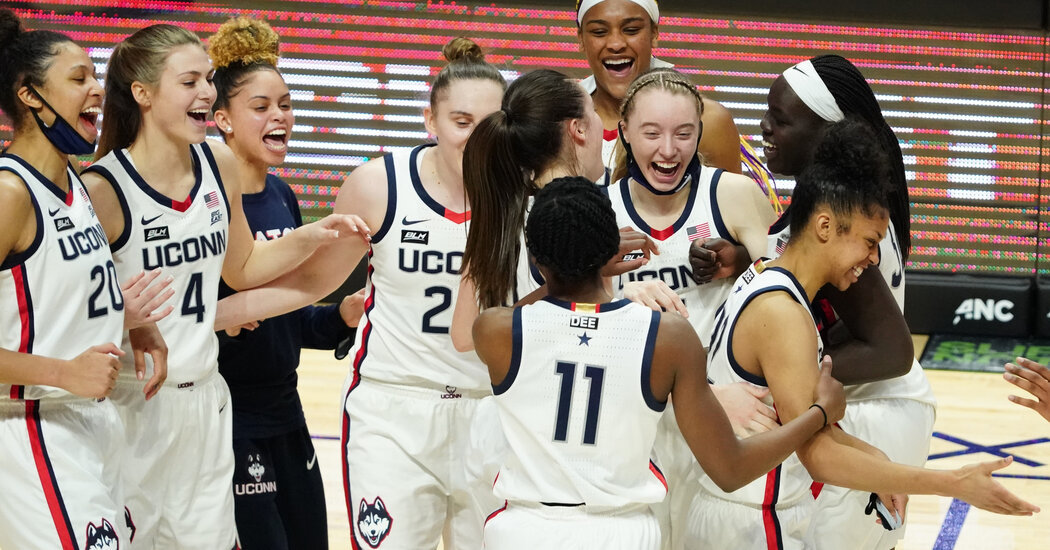 There are few more compelling diversions than N.C.A.A. tournament basketball, and after the postseason was canceled last March because of the coronavirus pandemic, plenty of the best players in women’s basketball are hungry for the bright lights of the big stage. Their passion for the game will, at least for the next few weeks, become our own as we become immersed in the bracket’s glories and heartbreaks.

Before the tournament begins in San Antonio on March 21, here are a few keys to understanding the past season in women’s college basketball.

The full scope of the coronavirus pandemic’s impact is unknown — but huge.

It’s impossible to overstate how much the women’s college basketball season has been defined by the pandemic. At least nine games have been canceled this month because of coronavirus health and safety protocols. Nearly every top program has missed games because of either contact tracing or positive virus tests, meaning most teams have not played a full slate of games.

In December, The New York Times reported that there had been at least 6,629 cases of the coronavirus within college sports; it’s hard to know how many more athletes and staff members have tested positive since, because the N.C.A.A. doesn’t track testing results. But at least one women’s basketball player, Vanderbilt’s Demi Washington, learned that she had acute myocarditis, which doctors believed was a side effect of the coronavirus.

Blue-chip programs still rule, but more of the others at last have a real shot at the title.

Six of the top 10 teams in The Associated Press poll have won at least one title; only two have never been to a Final Four. But the high rankings of perennial contenders like Stanford, Baylor, Louisville and, yes, UConn obscure the fact that there’s a much more level playing field at the top of the game than there has been in years, as evidenced by the split votes for the No. 1 spot. (UConn has the top ranking with 22 first-place votes, Stanford is in second place with five, and North Carolina State in third with two.)

UConn is the only team in the top 25 with just one loss, but the Huskies played a relatively easy schedule. Among their peers at the top, there is no clear front-runner, which sets the stage for tight Elite Eight matchups.

The SEC tournament showed us what madness might be in store.

The pandemic has changed the way conference tournaments and the N.C.A.A. tournament are seeded. Because the teams in each conference haven’t played the same number of games, most tournaments have been ranked using win percentage. At the SEC tournament, for example, Tennessee was the No. 3 seed and Kentucky was No. 5, even though Kentucky won as many conference games as the Lady Vols and had more wins over all. The result of this seeding system was enticing matchups for two strong upset candidates — No. 11 Ole Miss, which came tantalizingly close to beating Tennessee in the quarterfinals, and No. 4 Georgia, which battled to a 5-point loss against South Carolina in the championship game.

Similar unpredictability may be on the way at the N.C.A.A. tournament, which will be using a true S-curve to seed teams for the first time: Because the games are all taking place in San Antonio, geographic considerations won’t be taken into account as the selection committee creates the bracket, removing one variable and potentially creating stronger competition.

The 3-point revolution is steering many potential underdogs.

During the 2020-21 season, more teams than ever averaged at least eight 3-point baskets made per game, according to data from Her Hoop Stats. The 3-point revolution has clearly made it to the women’s game, and has created a path for mid-major programs either to have their first shot at making the tournament, like the High Point Panthers (10.2 per game), or to fuel genuine upset potential, as is the case with Florida Gulf Coast (11.8 per game) and Stephen F. Austin (8.6 per game). Power 5 schools are no stranger to splash, either — Virginia Tech is averaging 9.8 per game, thanks in large part to the sharpshooting senior guard Aisha Sheppard (3.7 per game), and Arkansas is averaging 9.6. Any one of these teams could easily live (or die) by the 3.

There are stars all over the place.

Beyond the top teams, women’s college basketball used to have a talent vacuum, with the best high school recruits drawn to extending the reigns of dynasties instead of aiming to lead deep postseason runs with programs accustomed to watching the Final Four from home. No longer, though: Charli Collier of Texas and Oklahoma State’s Natasha Mack, who are top W.N.B.A. prospects, represent the Big 12. The best shooter in the country is Monika Czinano, a junior center at Iowa. It’s hard to turn on a women’s college basketball game without seeing at least one truly compelling player capable of willing a team to victory — and bringing some madness to March.