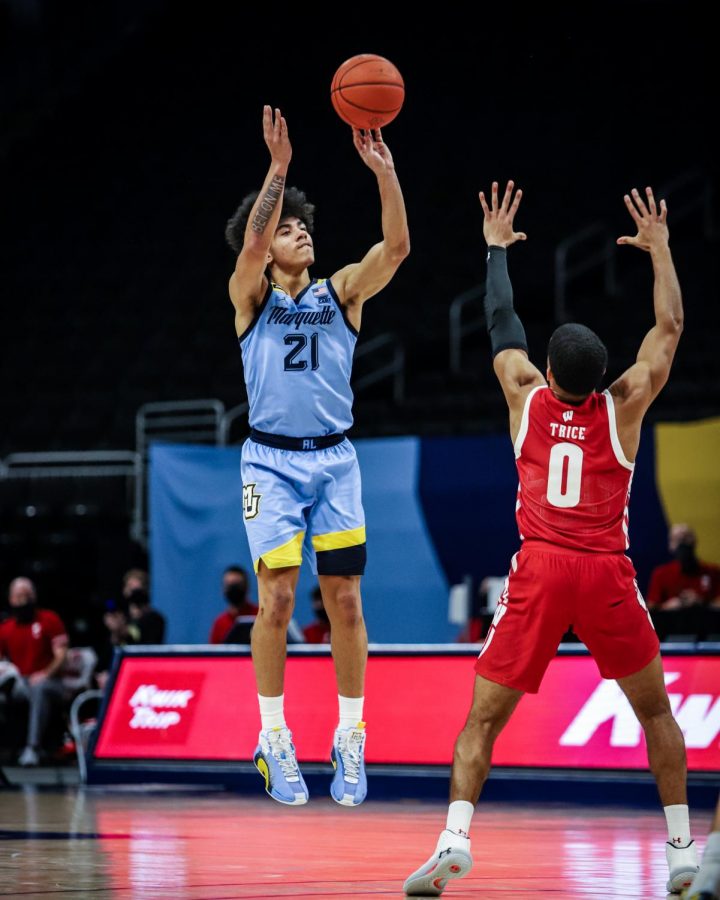 After his April 15, 2020 transfer from Ohio State University, 6-foot-2 sophomore guard D.J. Carton is leaving the basketball program, Marquette Athletics announced Wednesday evening. He will be hiring an agent to try to get selected in the 2021 NBA Draft.

“I would like to thank Marquette University, Coach Smart and my teammates for their support throughout my decision process,” Carton said in a statement. “I will be putting my name in for consideration in the 2021 NBA Draft and hiring an agent. I am thankful for the opportunity and looking forward to the next step in my career.”

In the Bettendorf, Iowa native‘s lone season with the Golden Eagles, he paced the team with 31.1 minutes per game and tied with Dawson Garcia to lead Marquette with 13 points an outing. Carton, who started in 24 of the 27 games, also shot 44.6% from the field, 28% from beyond the arc and 74% from the charity stripe. He was fifth on the team with 110 rebounds and led MU with 93 assists and 31 steals.

His decision comes after the university hired Shaka Smart March 26 and parted ways with Steve Wojciechowski March 19. Wojciechowski was the one who brought Carton to the Golden Eagles.

“We fully support D.J.’s decision and wish him all the best as he pursues his professional career,” Smart said in a statement. “We have enjoyed getting to know him over the past few weeks and we appreciate his contributions to the program.”

This story was written by Zoe Comerford. She can be reached at isabel.comerford@marquette.edu or on Twitter @zoe_comerford.