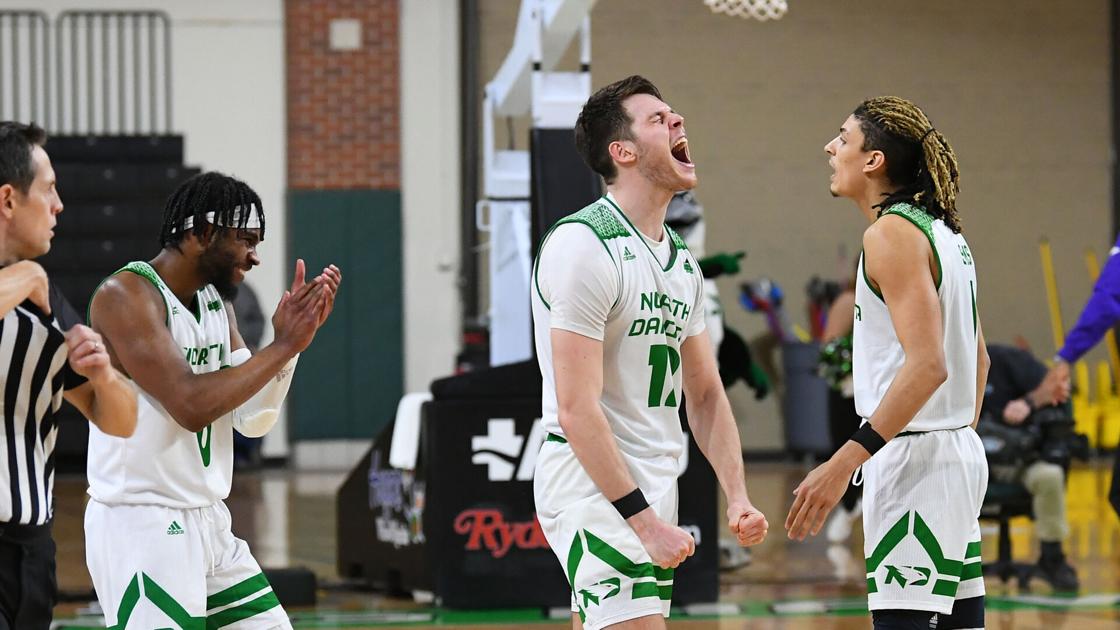 IOWA CITY, Iowa – Filip Rebraca is looking for a place to grow as a person and player. Iowa might just be the spot.

The North Dakota transfer has been building a relationship with the Hawkeyes. He took a virtual visit with them a few weeks ago and met again with them on-line Sunday.

The big man told HN two weeks ago that his visit went went well and we wrote about his story. Tuesday, he indicated progress in his recruitment.

“I will be making my decision in a few days,” Rebraca wrote in a text message to HN. “I have shortened my list and I have Iowa on there. I need to tell the other teams I am no longer interested and then I can make my final decision between my small list.”

The 6-foot-9, 222-pound Rebraca is in the transfer portal after three seasons at North Dakota. The Serbian is coming off a season that saw him average 17.2 points and 7.5 rebounds in earning second-team all-Summit League honors.

Iowa coach Fran McCaffery has told Rebraca he likes his ability to play in the post, face up and guard multiple positions. It’s the type of versatility the coach covets.

Rebraca shot 37.5 percent in knocking down 15 three-pointers this season. He’s shot 54.3 percent from the floor in starting 73 of 86 games during his three college seasons. His 122 free throws attempts were the fifth most in the Summit League for 2020-21.

“I believe my versatility is my biggest asset. I can do a little bit of everything. I can post, face up, and shoot. I need to develop all these skills even more,” Rebraca said to HN earlier this month.

As of April 7, Rebraca also has conducted virtual visits with Virginia Tech and Tulsa, and scheduled one with Minnesota. South Carolina and San Diego State have contacted him.