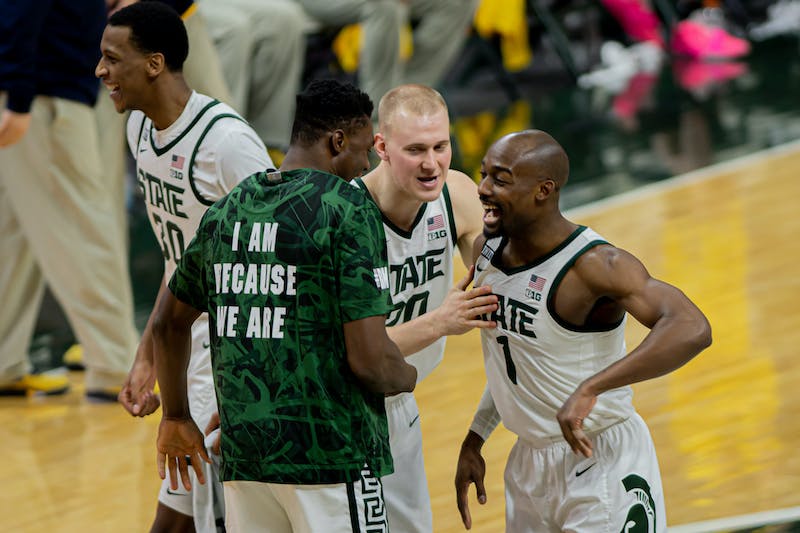 “My college experience wasn’t what I imagined it to be, but it exceeded all of my expectations and I wouldn’t change it for anything.” pic.twitter.com/9xUFn8lLG8

“My college experience wasn’t what I imagined it to be, but it exceeded all of my expectations and I wouldn’t change it for anything,” Langford said in his statement. “…With that being said, I will not pursue a professional (basketball) career.”

Langford has an extra year of eligibility next season with the Spartans due to COVID-19, however, his statement seemed to give off a farewell message to Michigan State as well.

Langford played a pivotal role in the Spartans 2020-21 campaign where he averaged 9.7 points and 3.6 rebounds per game.

As a leader head coach Tom Izzo consistently referred to Langford for his veteran knowledge and basketball IQ.

In other men’s hoops news, Thomas Kithier has made his decision to play at Valparaiso next season. Kithier entered the transfer portal on April 13.

Seven Valparaiso players have entered the transfer portal so far this offseason. Kithier will take one of those open spots. Kithier played in 86 games as a Spartan and started 19 of them across his three years in college. He averaged 2.3 points, 2.3 rebounds and just under 10 minutes per game.

The junior’s role in the rotation was essentially eliminated down the stretch of this season as Kithier only played more than 11 minutes in a game during the final eight games of the season – on top of not playing in the Spartans NCAA Tournament game against eventual Final Four participant UCLA.