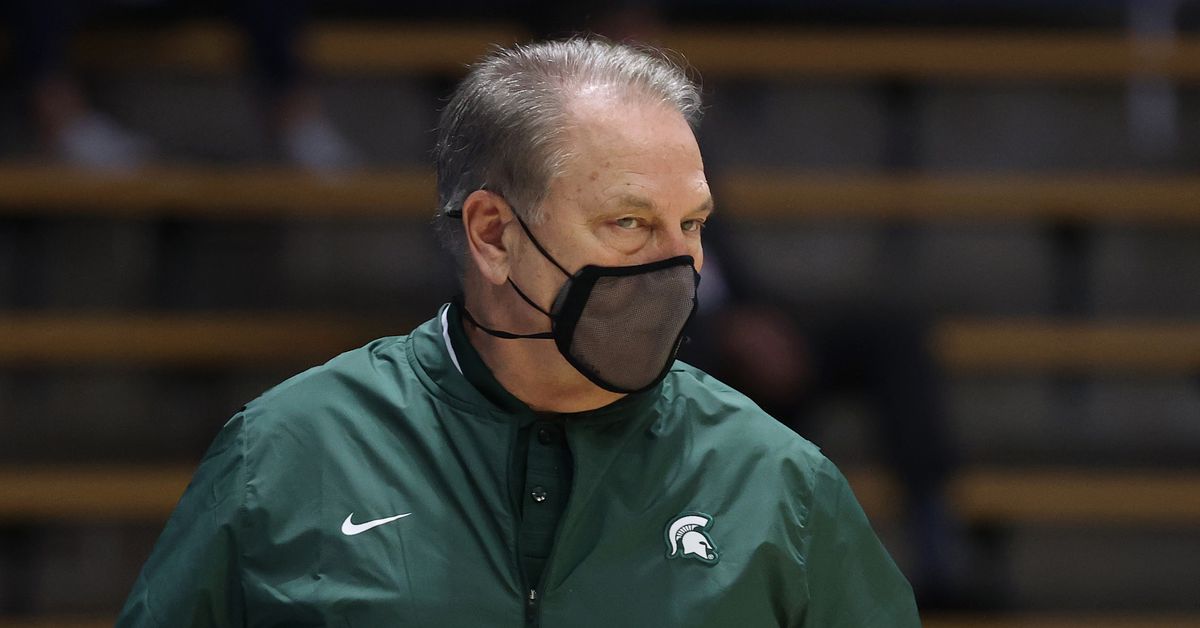 With AAU season back underway, and high school and college seasons completed, recruiting is picking back up for the 2022 class…

The Michigan State staff has been relatively slow to build this class to this point, despite the clear need for a sizable number of additions — Emoni Bates is currently the only member of the 2022 class committed to Michigan State, and we don’t quite know if he is going to reclassify to 2021, stick with the 2022 group or choose a different path. However, now that the country and college campuses are opening back up to some degree, recruits and schools are beginning to iron out visit schedules. Expect momentum to build quickly over the summer.

So which players are the staff pursuing?

Jaden Schutt (6-foot-5-inch shooting guard from Illinois). Schutt is comfortably my favorite player in the class that MSU is recruiting. He is an outstanding athlete, a terrific shooter, a heady player, and a terrific competitor. He appears to be a priority for the staff, which is exciting, and at least one competitor for his commitment appears to have opted out of the running: Illinois has signed five wing-commitments already for the 2021 and 2022 classes.

Isaac Traudt (6-foot-9-inch forward from Nebraska). Traudt is an athletic forward, a good finisher, long, has some legitimate three-point shooting ability, and entered high school as a 6-foot-2 guard. His massive growth spurt has not robbed him of his guard-skills, and the staff has had some considerable success in developing players who’ve experienced similar physical developments in Jaren Jackson Jr., and Marcus Bingham Jr. (whose development would be even further along if he had taken a redshirt season as a freshman, in my opinion). Traudt has a lot of physical maturing to do, but his talent is undeniable. This will be a fascinating recruitment as Nebraska and Creighton have gotten in early on Traudt and it is only a matter of time before Kansas and the rest of the elite national recruiting powers get involved. It appears that Traudt and the Michigan State staff have really developed a good relationship with Traudt who will officially visit East Lansing in mid-June.

Ty Rodgers (6-foot-6-inch forward from Michigan). A cousin of Jason Richardson, Rodgers fits in the nearly ever-present Branden Dawson-Raymar Morgan hybrid wing-forward mold. Rodgers is a terrific athlete, an excellent defender and rebounder, and a winner. He still has some skill-development to do before he really pops as an NBA prospect, but his three-point shooting ability is a bit further along than Dawson’s was when he committed to Michigan State; at this point, however, Rodgers’ game is predicated on his slashing, offensive rebounding, passing, and transition play.

Tarris Reed (6-foot-10-inch power forward/center from St. Louis, Missouri). Reed’s recruitment has already begun to take off — he is a long, strong, and skilled low-post big, who plays with power and has tremendous feel. I had been a bit concerned watching Reed in the past couple of years due to a bit of weakness in his lower body, but he has really worked on his leg strength, which has allowed his game to blossom. St. Louis is a very challenging place to recruit, but the staff appears to have begun to zero in on Reed as a top option for the front-court. Reed could be looking to visit East Lansing this summer.

Jai Smith (6-foot-9-inch forward from Syracuse, New York by way of North Carolina). Smith’s recruitment is an interesting one. He is a long, lean, very athletic forward whose game is still emerging. He has a bit of a face-up game and a bit of a hook game, but most of all he is a finisher and a rim-player — he dunks everything he can and blocks shots with excellent timing.

Jalen Washington (6-foot-9-inch forward from Indiana). Washington has slowly, but surely, begun to regain his form and confidence as he recovers from an ACL injury he suffered last year. A long-armed, highly skilled big, Washington has a terrific shooting stroke, is an active rim-protector, and nuanced screen-setter — a skill that amplifies his pick-and-roll and pick-and-pop game. The staff clearly views Washington, along with Traudt and Reed as their top priorities in the front-court.

The roster, as it currently sits, has two open scholarships for the coming season. As of the 2022-23 season, if all three seniors (Gabe Brown, Joey Hauser, and Marcus Bingham Jr.) move on to begin their professional careers, the team could have five open scholarships to fill, with a returning core of:

I have Max Christie in italics because there is a very real chance that he plays his way into one-and-done territory (I think he is already there, for what it’s worth, but obviously he has work to do) — it will remain to be seen whether or not Christie departs after even an excellent freshman season. Jaren Jackson Jr. did so with great success, but both Gary Harris and Miles Bridges opted to return for second seasons in East Lansing and, though neither was able to win a national title, it would be hard to second-guess their respective decisions given how well their NBA careers have developed (it turns out that long-term success in the NBA is tied most closely to talent, IQ, defensive acumen, and work ethic rather than how many seasons you played in college). In either case, the staff will need to add a sizable group to the returning core, which should be excellent on its own terms. The depth chart will need at least one big, one forward, and at least one more wing player, but I would expect a fourth guy added to that group.

The staff’s priorities appear to have Schutt (wing), Traudt (forward), and Reed or Washington (big) as their main foci, but I am hopeful that they really turn up the intensity of their recruitment of Ty Rodgers as well — he is a Michigan kid, tough, and a winner. If the staff can land four of these players, then they have knocked it out of the park. With all of that being said, I would not be shocked to see the staff go after either a traditional transfer (who will now have immediate eligibility) or a graduate transfer (given the nature of the “transfer portal” these days), and again we are still waiting to see what happens with Emoni Bates. Spartans fans can also expect to hear more names added to the recruiting targets list as late-bloomers develop and in the case that some of these higher priority players commit elsewhere.

We will check in, again, on the recruiting front later this summer after visits have gotten underway, and after there is a bit more clarity from the staff on their main targets.