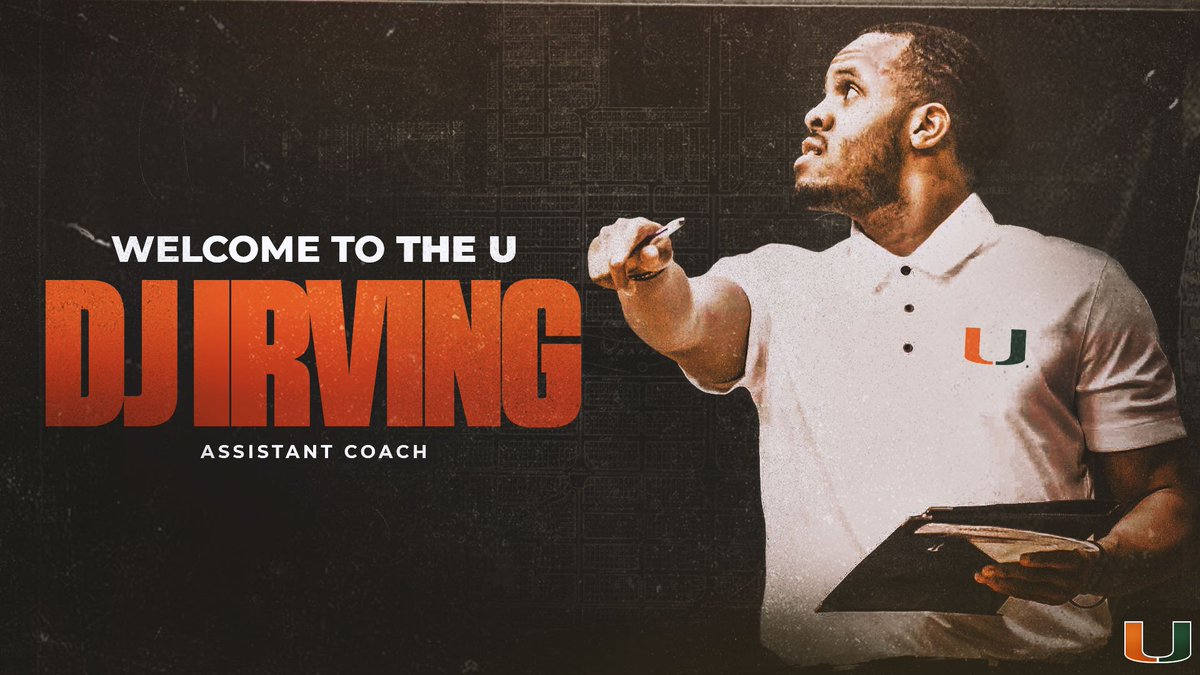 A former assistant coach on the varsity team at Philadelphia’s Roman Catholic High School, Irving arrives in Coral Gables with experience in both player development and opponent scouting.

“I am honored and incredibly excited to be an assistant coach at the University of Miami,” Irving said in a statement on social media. “I want to thank coach Larrañaga for this amazing opportunity to be a part of his program. He believed in my energy, my passion for the game and my will to help this team get better every day. I cannot wait to work with the players, as well as learn from such an experienced group in coach Larrañaga, coach Caputo, coach Courtney and the rest of the staff.”

Also a former two-time captain at Boston University, Irving coached on Team Final, the AAU team of previous Miami stars in Lonnie Walker IV and Ja’Quan Newton, for the past year.

“DJ came highly recommended to me by coaches and friends I trust,” Miami head coach Jim Larrañaga said in a release. “I was immediately impressed with his passion and enthusiasm for working with young players. As a former outstanding Division I point guard who has been coaching at both the high school and AAU levels, he brings a different point of view into our program and recruiting process. I believe DJ has an extremely bright future ahead of him.”

Upon the ending of his collegiate playing days, the native of Chester, Pennsylvania served as a graduate assistant at Penn State in 2015, helping guide the team to 18 wins — the most in four years.

He then returned to BU as a special assistant to head coach Joe Jones, and helped the Terriers to an 18-14 finish for second place in the Patriot League.

Irving will seek to replicate such results on Miami’s bench this upcoming winter.