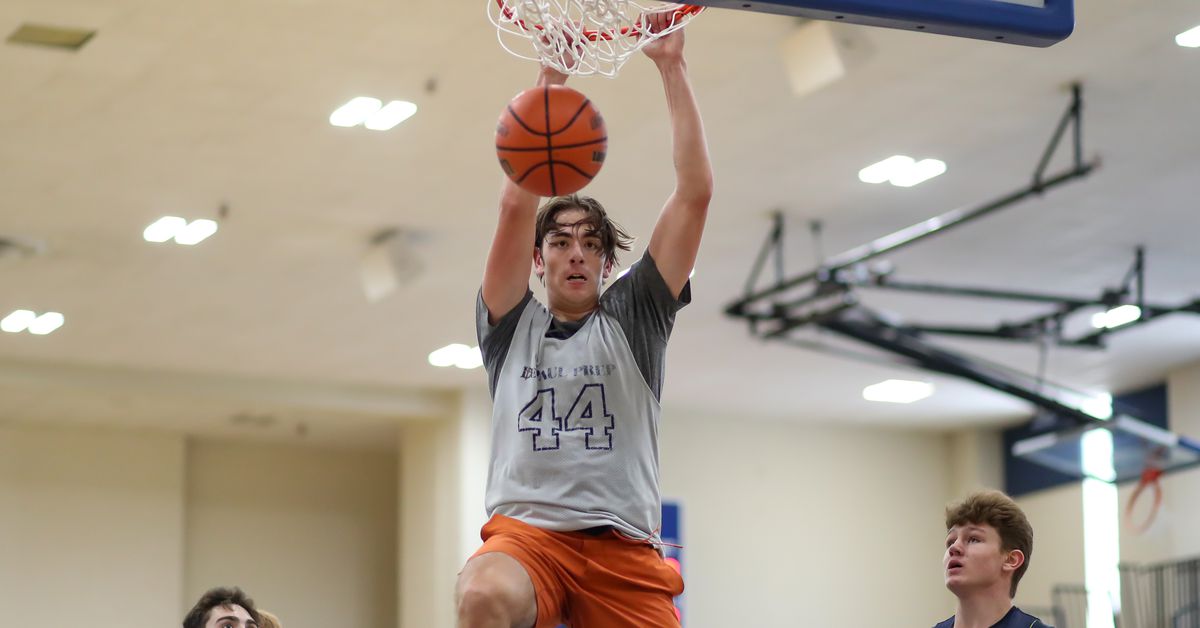 I’m sure the roar of a full gym this Thanksgiving will take my breath away. It’s hard to even imagine a state championship game in Champaign.

Those things will come in time. Right now I’m thankful for the Riverside-Brookfield Summer Shootout. R-B basketball coach Mike Reingruber has turned the area’s traditional summer high school team event into a major live period event. It’s a must-stop for colleges all around the country.

It was nice to see college head coaches like Brad Underwood and Juwan Howard in the gym. It’s been two years since they had a chance to watch a local kid play in person.

But that’s not what today was about for most of us. It was a chance for Chicago’s basketball community to reconnect after a difficult year.

So much was different. Nick Irvin was decked out in Western Illinois’ purple with an Adidas logo on his shirt. The former Morgan Park coach is a college assistant now. Paris Parham, now a DePaul assistant, introduced me to new DePaul coach Tony Stubblefield.

Highly-successful junior college coach Steve Christiansen recently left Triton to take an assistant job at NIU. Gary Decesare is back in town, this time as the coach at De Le Salle.

Familiar faces in new places. It’s been a long time since everyone was together.

Two significant faces were missing. Donnie Kirksey, who coached everywhere and knew everyone, and Bogan coach Arthur Goodwin both died this year. I also thought of Howard Moore, who is still dealing with the aftermath of the horrific car crash his family suffered in 2019.

Moore was one of the men I always sat down and talked with at length at Riverside-Brookfield. His smile and kindness was a bright spot on what could occasionally be a challenging day.

That wasn’t the case this year. All the petty disputes and grudges that pop up and linger from season to season are gone now. Basketball spent the year on the back burner.

All that will be back soon enough. Friday at Riverside-Brookfield felt like the first day back at the office for the basketball community. It was just good to be there, heartwarming to see everyone and appreciate how special Chicago basketball is and what an important place it holds in so many of our lives.

So on to the basketball. Some tidbits from the day:

-Remember the name Antonio Munoz. The Young freshman was kinda dazzling in games against Bolingbrook and Joliet West. Munoz blocked shots, dunked and generally flew all over the court. It was the most significant freshman debut I’ve seen at Riverside-Brookfield in awhile.

-DePaul Prep is going to be just fine. The Rams lost their entire starting lineup but have totally reloaded. Big man Dylan Arnett looks like he could be a force this season. Alex Guitierrez is solid and 6-5 sophomore Payton Kamin is very promising. Senior Trevon Thomas was one of the real eye-openers of the day. He could be a top-tier player next season.

-Start the hype on Glenbard West. Everyone was there in the gym watching the Hilltoppers dominate Simeon in the first half.

-Downers Grove South is one of those teams that seems to always catch my eye at R-B. That was the case again this year. Senior guard Jaylen Montgomery is a stylish scorer, Harold Dismukes can shoot it and 6-7 senior Pat Laurich was a difference-maker.

-New Trier snuck up on everyone last season. That won’t be the case in November. The Trevians are for real. They are talented and play with fire. Jackson Munro, a 6-8 senior, is already a well-known name in recruiting circles. Senior Noah Shannon dazzled in the second half of a win against St. Rita.

-Hillcrest has reloaded, which will not surprise anyone. As usual the Hawks have a bevy of 6-6 and 6-7 athletic trees. The name to keep an eye on is sophomore guard Isaiah Green. He was very impressive and will be on college radars soon.

-Why aren’t more people talking about Deandre Craig? He’s clearly one of the best guards in the state. Mount Carmel isn’t a traditional basketball powerhouse, but that’s no excuse for the lack of excitement around him.

-Jeremy Fears Jr. was sitting next to the Joliet West bench. That was a tantalizing, frustrating sight for Joliet West fans. The nationally-ranked junior is expected to remain at La Lumiere this season. But his brother, freshman Jeremiah Fears, debuted for the Tigers. The younger Fears has the same confidence and swagger as his older brother. He helped keep Joliet West competitive against Young in the final game of the night.