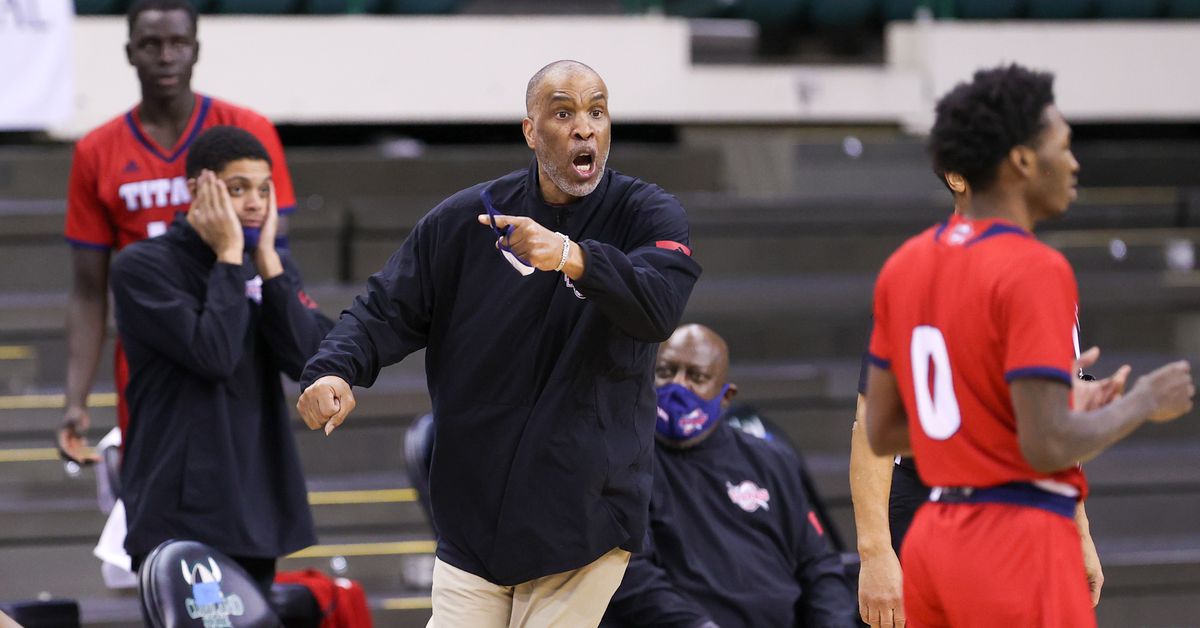 The Louisville men’s basketball team will host Detroit Mercy as part of its 2021-22 non-conference schedule. This according to college hoops insider Jon Rothstein.

The Titans are coached by former Indiana head coach Mike Davis, who has something of a history coaching in Louisville.

Detroit went 12-10 overall last season with a 10-6 mark in the Horizon League. That was good enough to place them third in the final regular season conference standings. The Titans saw their season end in heartbreak, when they were beaten at the buzzer by Northern Kentucky in the Horizon League tournament quarterfinals.

The scheduling of this game means that Louisville will have to deal with one of the more prolific scorers in recent college basketball history. Antoine Davis (Mike’s son) has averaged better than 24 points per game in all three of his collegiate seasons to date. He hit 132 three-pointers as a freshman in 2018-19, surpassing the previous record of 122 set by Stephen Curry. Despite a shortened junior season, Davis has already eclipsed the 2,000-point mark for his college career.

The Titans have shown steady improvement in each of the three seasons since Davis (and son) arrived. This year figures to be their best shot since 2012 to make it back to the NCAA tournament.