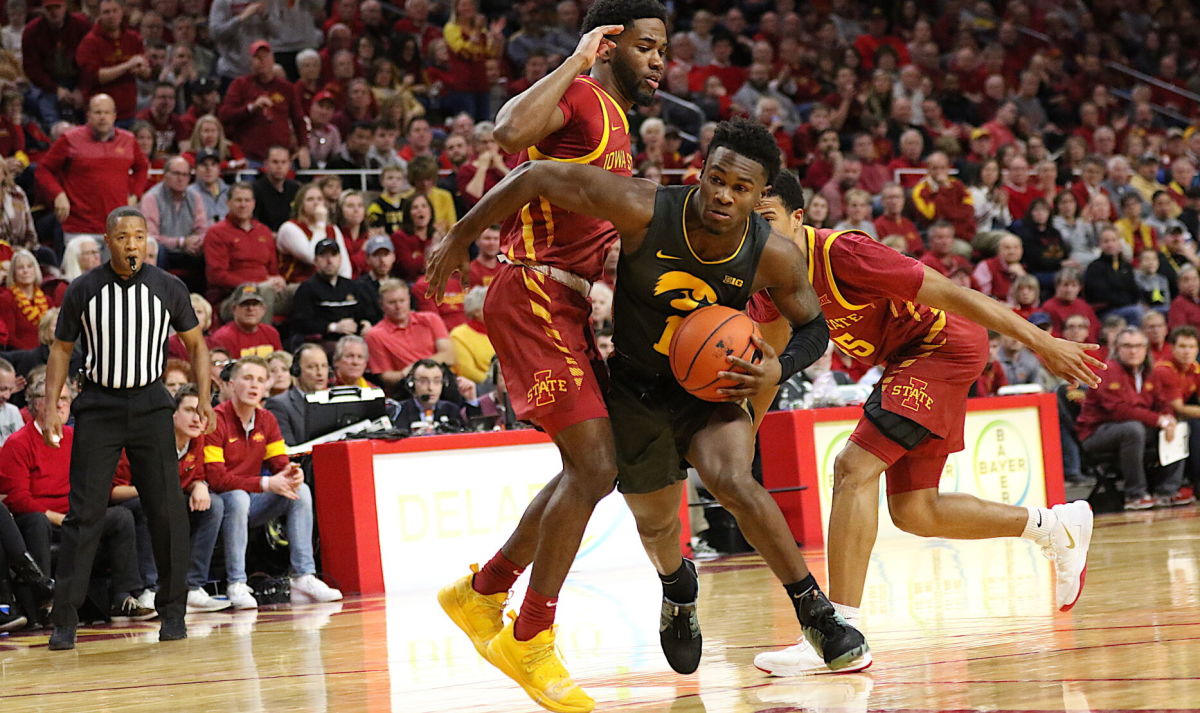 The depth of Iowa’s men’s basketball team has already been tested.

Coach Fran McCaffery said on Monday he didn’t have his entire roster together at any time during offseason workouts.

McCaffery’s son, Connor, missed all of the summer as he recovered from offseason hip surgeries. Guards Joe Toussaint and Ahron Ulis also had offseason surgeries. Forwards Kris Murray and Patrick McCaffery have also dealt with injuries. And various players have had illnesses, although none have tested positive for COVID-19 — Fran McCaffery said the entire team has been vaccinated.

It’s allowed McCaffery to utilize his depth, something he expects to happen when the season begins.

“You look at our roster, I can go really deep,” he said. “I feel comfortable. There are a lot of ways we can go, but that takes time. We kind of had very similar teams the last three years, with the same guys.

“This is going to be a new team, so it’s going to take a little time.”

Still, McCaffery thinks everyone on the roster has the capability of contributing. It’s just a matter of fitting them into roles they may not be used to yet.

“We feel pretty good about our personnel, and our depth,” he said. “I think when you look at our depth, it might be the most depth we’ve ever had.”

McCaffery said the Hawkeyes will continue to play a fast-paced offense, but also want a higher tempo defensively. That kind of play requires a lot of energy, and a lot of depth.

“But figuring out a starting lineup, figuring out what the rotations are going to look like — are we going to play more guys? It can be a good thing, but it can also be disruptive if guys aren’t settled down because they’re coming in and out,” McCaffery said of whether he would consider using a large rotation of players. “You’ve got to take a look at it, that’s what practice is for.”

He won’t have the mainstays he had in Garza and Wieskamp, who combined to average 38.9 points and 15.3 rebounds last season.

“It’s really hard to replace,” McCaffery said. “But when you think about Garza, there haven’t been too many people like him. Very few players are national player of the year twice, Big Ten player of the year twice. I think the impressive thing was how he continued to get better. The kind of year Joe had last year, nobody shot the ball better on a consistent basis. I thought he really showed a tremendous amount of toughness — they both did. And they should have — they’re NBA guys, they’re veteran guys. So they performed as you would have expected — tough, mature, really competitive.

“Sometimes you look at production — it’s hard to replace that production, but also, the experience, the toughness factor, the ability to make plays down the stretch in a close game. So it’s an opportunity for others to step up.”

Iowa opens practice on September 29. The Hawkeyes play one exhibition, against Slippery Rock on November 4, before opening the season November 9 against Longwood at home.

There is a lot of time, McCaffery said, to sort out the depth.